No-Ho-Ho to Christmas in October

It’s October, so my Christmas list is well overdue.

Of course it is.

Santa is so demanding.

And, lest you think this is all a tad early, let me inform you that Costco has been Christmas-ing since August, yes indeedy.

There are entire aisles you can Deck the Halls in, wearing your flip-flops (we can’t generally wear flip-flops during the ACTUAL festive season in Canada).

There are buffalo-checked Christmas doo-dahs as far as the eye can see (I try my best to avert my eyes back to the free samples they give out at Costco, which it’s really important to keep one’s eye firmly upon so as not to forget the real reason we shop at Costco). 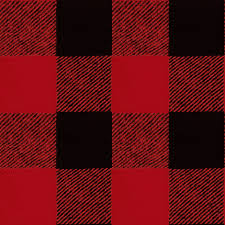 Practical Man does not approve.

Of the Christmas doo-dahs, I should clarify.

He’s a free-sample fan, though.

What kind of Practical Man would he be if his favourite thing was not anything, preceded by or followed by the word, FREE?

He never eats the free samples – he gives them to me, like some kind of Snack Saint.  He doesn’t snack and did I mention that he’s kind of annoying, sometimes?

Lovely, but annoying in a Snack Saint sort of way.

But, festive flourishes (even with free snacks for his beloved) before a respectful observance of Remembrance Day (Nov 11)?  Now, them’s grounds for grunting and Rick Mercer-esque rants.

It’s only October, merchants!  My Hallowe’en costume is barely out of my head and onto the sewing machine, yet.

He’s not a huge fan of all the commercialism and forced gifting that comes with the season but, he does like to make someone happy.

“You know that I don’t go in stores after the beginning of November,” he warns in a Bah Humbug sort of voice.

Who cares about that when everyone knows that Santa doesn’t shop in stores?  Santa has elves making things in workshops and eating gingerbread, dontcha know.  They don’t shop at Costco (unless they are snackers, in which case, who can blame them?)

Still, on account of their too early Christmas hullabaloo, I wonder if Costco has been listening to our conversations about overdue Christmas lists?  Like a George Orwell, big-brother-is-watching-you kind-of-creepy, Santa?

Oh wait, that’s Siri and Okay Google.  Neither of which we use and yet…

Which would be fine because it’s nearly Hallowe’en:  the season of spookiness.

And what with my distraction about whether my non-Siri/Okay Google devices are listening to my conversations without my permission, it’s a bit difficult for me to think of what I want for Christmas. 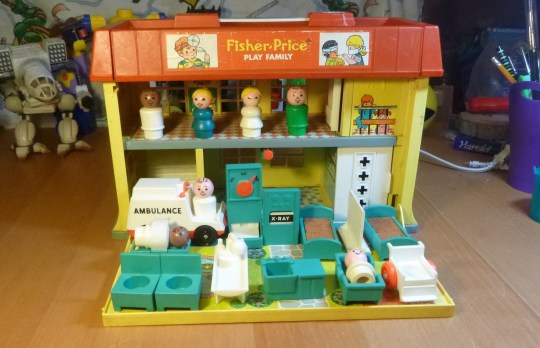 Because, every woman in her 40s needs one of those, right?

And peace on earth, wrapped in buffalo check flannel.

Because it’s wa-a-a-a-y too early for Christmas-y stuff.

So says Practical Man–and me.